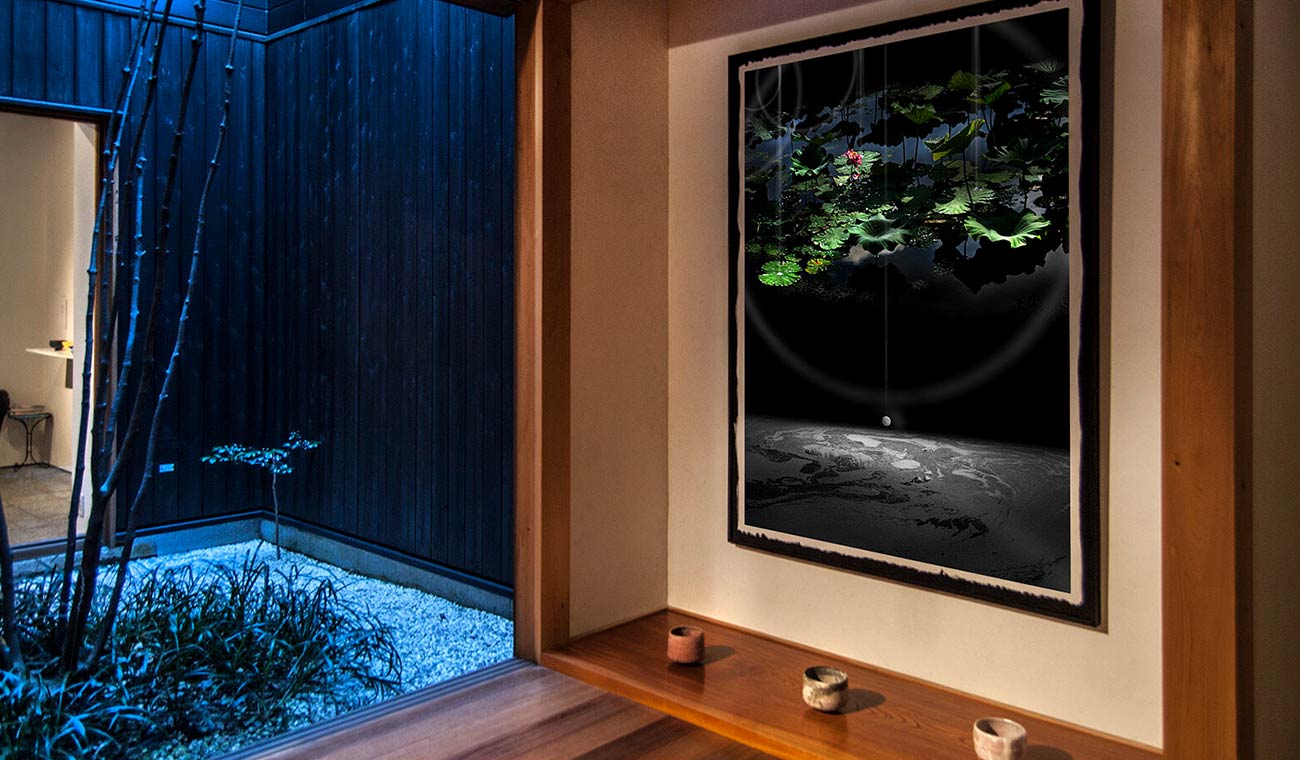 Akitoshi Matsuhara is a renown Japanese artist who lives and works in Kyoto. In his artworks he stretches the line between what is life and what is beyond, going over that thin border creating new landscapes where reality and dream merges.

He strives to represents through art what is the “breath” of the World itself.

Can you tell us a little bit about who Matsuhara Akitoshi is?
I mainly work with photographs, and I use computer graphics to create my works from them. As for the central themes of my work, I usually explore the themes of Space/Universe and life and I give great importance to the sensibility and the feeling of light. I create my works constantly feeling light, its nature, and paying great attention to the sense of it. Recently I’ve also started developing installations that incorporate the element of space.

When you talk about your art, you often use the term “Nature & Beyond” to encompass your work. What is “Beyond”?
I call it the breath of nature. Things, as well as life itself, have their own inevitable “breath”, which in nature seems to find its own balance. I take inspiration from the natural world and work with photography to incorporate this kind of feeling in my works.

In the past you dedicated one of your artworks to Sanjusangendō, the main hall of the Rengeō-in (a Buddhist temple in Kyōto). Why this choice?
There wasn’t a specific reason. It is something that happened very naturally. For me personally, it was a great honor to be able to dedicate one of my pieces of work to Sanjusangendō. The place itself is quite extraordinary: it features 1000 standing statues of Thousand-armed Kannon and the atmosphere is unique. It is a great honor to have your work displayed there and I’m very happy to have been able to do it. 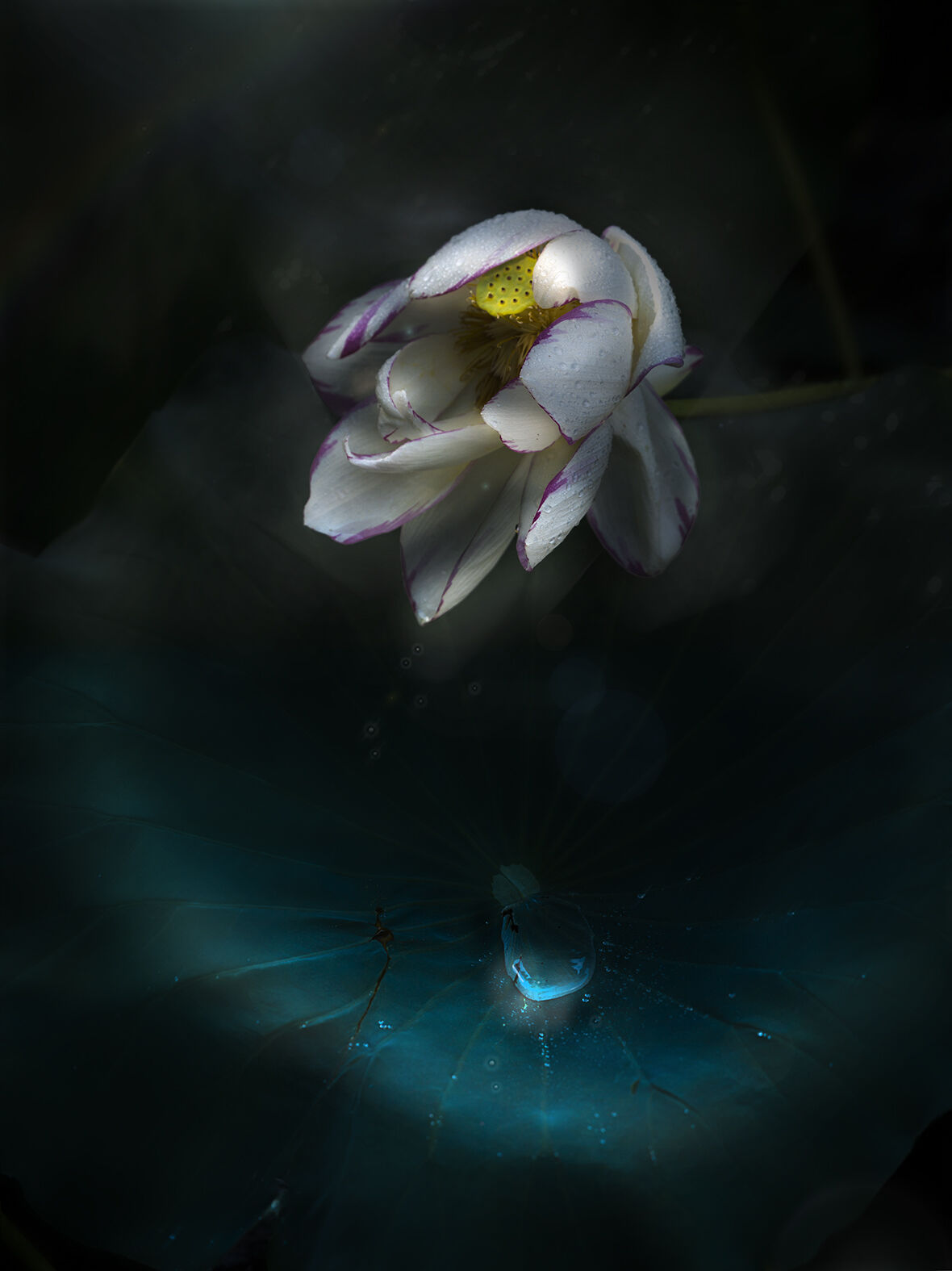 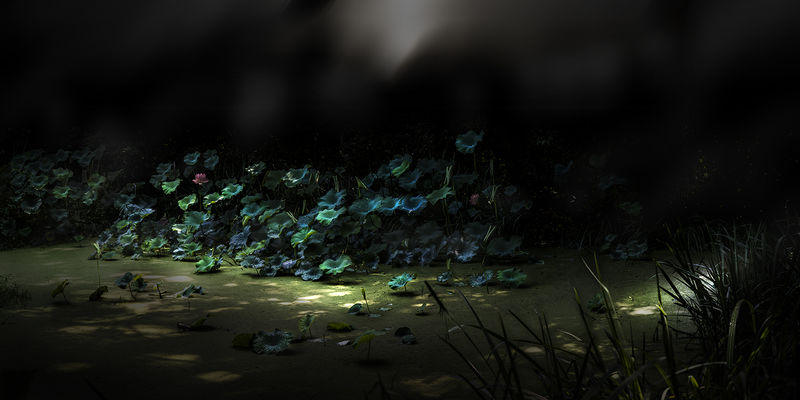 What would I like to ask you next is: there is among your works one that particularly represents you?
The work that most represents me is “Zettai Kūkan”, which in English is “Absolute Space”. It is a work that represents what kind of place I have imagined could come from the overlapping of time and space. I would say those pieces of work, and then the many works featuring lotus flowers which I’ve recently been creating, and with which I’m currently exploring.

Thank you. Moving on to the last question, you partecipated in the 14th edition of Arte Laguna Prize and exhibited at the finalist’s exhibition at Venice Arsenale. What was the significance of that experience for you?
It was an opportunity that really opened a world for me. It gave me the chance to start walking on what I feel like can be the road to the world. I had the opportunity to connect with various people coming from different places all around the world. This gave me the chance to learn a lot, and finally understand what I should do with my works, as well as many other things. So next time I am absolutely determined to win the prize and come to Venice in person. 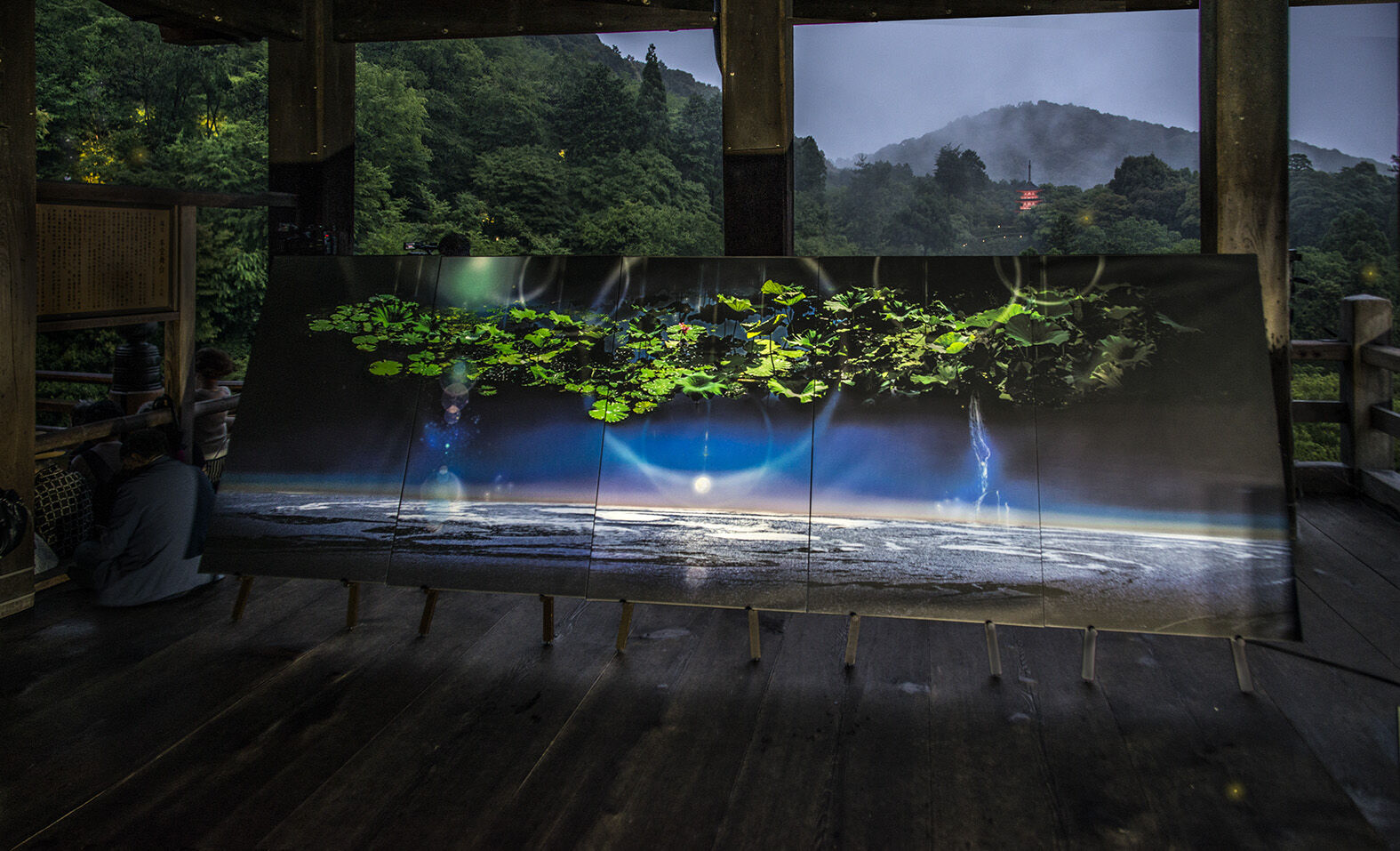 Originally from Kyoto (Japan), Akitoshi Matsuhara uses digital photography combined with computer graphics to develop an artistic research that wants to overcome the boundaries of the space-time dimension and the limits dictated by the simple vision of the human eye, to arrive at the concept of “ineffable” inherent in the universe.

If exactly a century ago Alfred Stieglitz had upset the rules of photography by stating “I wanted to photograph the clouds to find out what I have learned about photography in forty years. With the clouds I declared my philosophy of life”, today Matsuhara appropriates the concept of metaphor and equivalence of the great American photographer to express his most intimate thoughts and feelings through a photograph of pure formal relationships.

His works are part of the genre of nature and still life, investigating the forms of the natural landscape and some plant species (such as the lotus flower) to suggest the evocative power of images that is implemented through their emotional and sensual translation. Flowers, plants, mineral elements thus become visual pretexts to introduce the way in which Matsuhara perceives the breath of living beings and cosmic essences. The clever use of light creates a sort of “screen” or “reflection” that activates a certain visual ambiguity. The extreme use of color creates a kind of hyper-reality.

The color of some details of nature is so strong and vibrant that it can be considered as an autonomous entity, until it becomes in fact the subject of the image. Even the white color of the light reflection is so intense that it elicits a shiver of emotion and spirituality. Thanks to an exasperated attention to formal relationships, his photographs presage a lively awareness of things, from the ability to perceptively render what is ambiguous and philosophical to the celebration of living forms and their place in an indefinite space and time. For this reason, Akitoshi Matsuhara often refers to the concept of “Beyond”, as in the recent photographic project “Nature and Beyond” (of which “Light, Flowing Out” is a fundamental part), based on strongly mirrored and symmetrical compositions because, according to the artist’s conception, if a landscape in nature appears symmetrical and balanced, then it can be perceived, within it, the breath of life, the existential breath.

Recently the photographer, thanks to the advanced means of technology, has begun to develop installations that incorporate the expedient of geometric perspective and virtuality, to accentuate even more the enigmatic nature of the universe and the idea of an “absolute space”. The natural elements thus acquire an even more mystical and mysterious presence, as they belong to a wider transcendental unity that unites living beings, things, and spatiality.

We use cookies on our website to give you the most relevant experience by remembering your preferences and repeat visits. By clicking “Accept All”, you consent to the use of ALL the cookies. However, you may visit "Cookie Settings" to provide a controlled consent.
Cookie SettingsAccept AllReject All
Manage consent

This website uses cookies to improve your experience while you navigate through the website. Out of these, the cookies that are categorized as necessary are stored on your browser as they are essential for the working of basic functionalities of the website. We also use third-party cookies that help us analyze and understand how you use this website. These cookies will be stored in your browser only with your consent. You also have the option to opt-out of these cookies. But opting out of some of these cookies may affect your browsing experience.
Necessary Always Enabled
Necessary cookies are absolutely essential for the website to function properly. These cookies ensure basic functionalities and security features of the website, anonymously.
Functional
Functional cookies help to perform certain functionalities like sharing the content of the website on social media platforms, collect feedbacks, and other third-party features.
Performance
Performance cookies are used to understand and analyze the key performance indexes of the website which helps in delivering a better user experience for the visitors.
Targeting
Are small, encrypted files that track users’ actions and are used to identify users between different websites. Targeting cookies collect user information and use it to build a profile of users’ interests and then show personalized ads for that specific user. Targeting cookies help to attract customers with targeted ads.
SAVE & ACCEPT